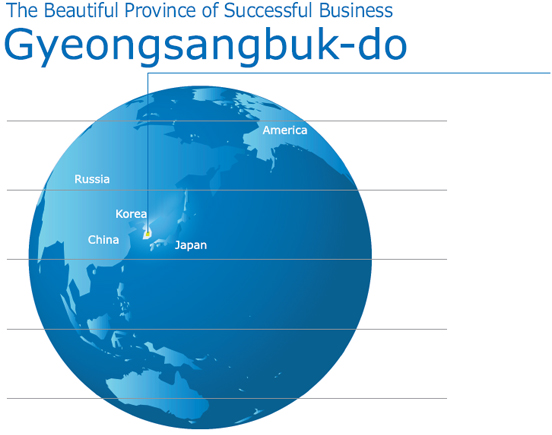 Gyeongsangbuk-do lies in the southeastern region of the Korean peninsula and is bounded on the east by East Sea, on the north by Gangwon-do, Chungcheongbuk-do, on the west by Chungcheongbuk-do and Jeollabuk-do, and on the south by Gyeongsangnam-do and Ulsan. The province surrounds Daegu City and was named "Yeongnam" as it lies south of Jungnyeong, Jonyeong, Chupungnyeong, and others. The high, steep Sobaek Range in the northern and western district surrounds the broad plain near Nakdonggang River, like a folding screen. With Mt. Wunmunsan and Mt. Biseulsan to the south, the overall topography looks like an extensive basin.